Her mind was a flashlight broken. 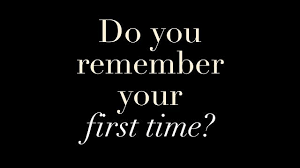 I was sixteen. He, a mere fourteen months my senior. We sat facing one another, my knuckles wrapped tightly around the armrest, his hands lying casually in his lap. Conversation was light, the air around us tense for me, for him, not so much. He smiled mischievously and I, trying to hide the sheer panic creeping through my every vein, returned that smile with what could not have been more than a grimace. Suddenly, his position changed, as did his facial expression. We were no longer eye to eye. It appeared that he was rising, but without standing. From where I was seated and from what I could see between the tears flooding from my eyes, the smile on his face had become a huge grin accompanied by a full fit of laughter.

By the time the plane leveled, my brother had regained his composure while I was still dry heaving into an in-flight barf bag, and my mother was feeding me ice chips and rubbing my neck. I’d never flown before.